Tzfat has more knooks and crannies than any city I’ve seen. Narrow alleys give way to mountain vistas and open doorways allow you to peer into other alleys with mryiads of doors and gates.

Though in Tzfat at least half a dozen times, I never entered the Joseph Karo Synagogue. Karo, a tzadik legend, and the author of the “Shulcan Aruch” where many of us turn to with our questions on Jewish law, was born in 1488. He was a victim of the Jew haters of that time that were forced to flee Spain. His family moved to many inhospitable places until as an adult, Karo finally settled into his last residence, including at the end his grave, in the Tzfat cemetery.

A synagogue was built in his honor on the spot where he headed the Rabbinical Court of Justice but it was destroyed in the earthquake of 1837. It was rebuilt several years later but is probably not as grand as the original.

Joseph Karo was one of the great kabalists of his time and Tzfat embodies the spirit of artists and mysticism. Sitting quietly in this blue oasis, it is easy to feel spiritual and creative at the same time. Below are photos of the interior of the synagogue and two watercolors I did, including one of a gate in Tzfat (Sefad). 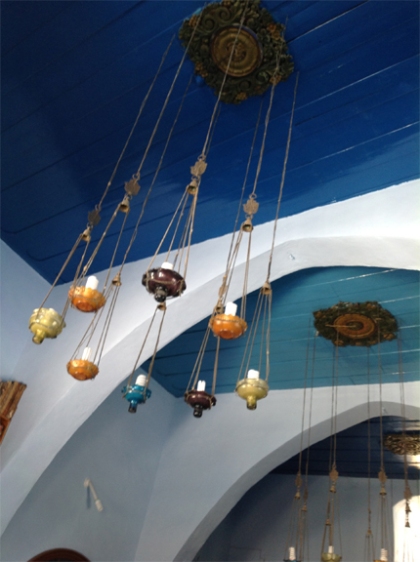 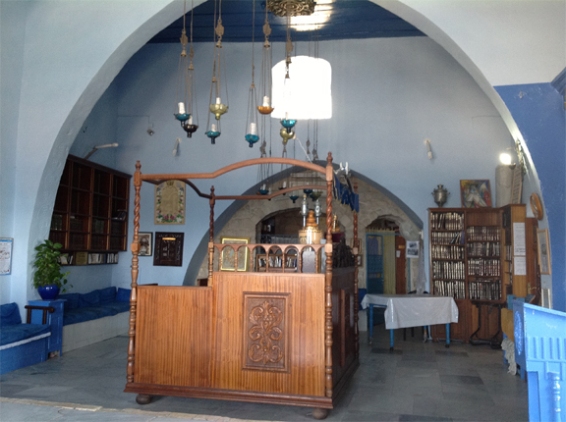 2 thoughts on “Tzfat’s Karo Synagogue is Calm and Cool”